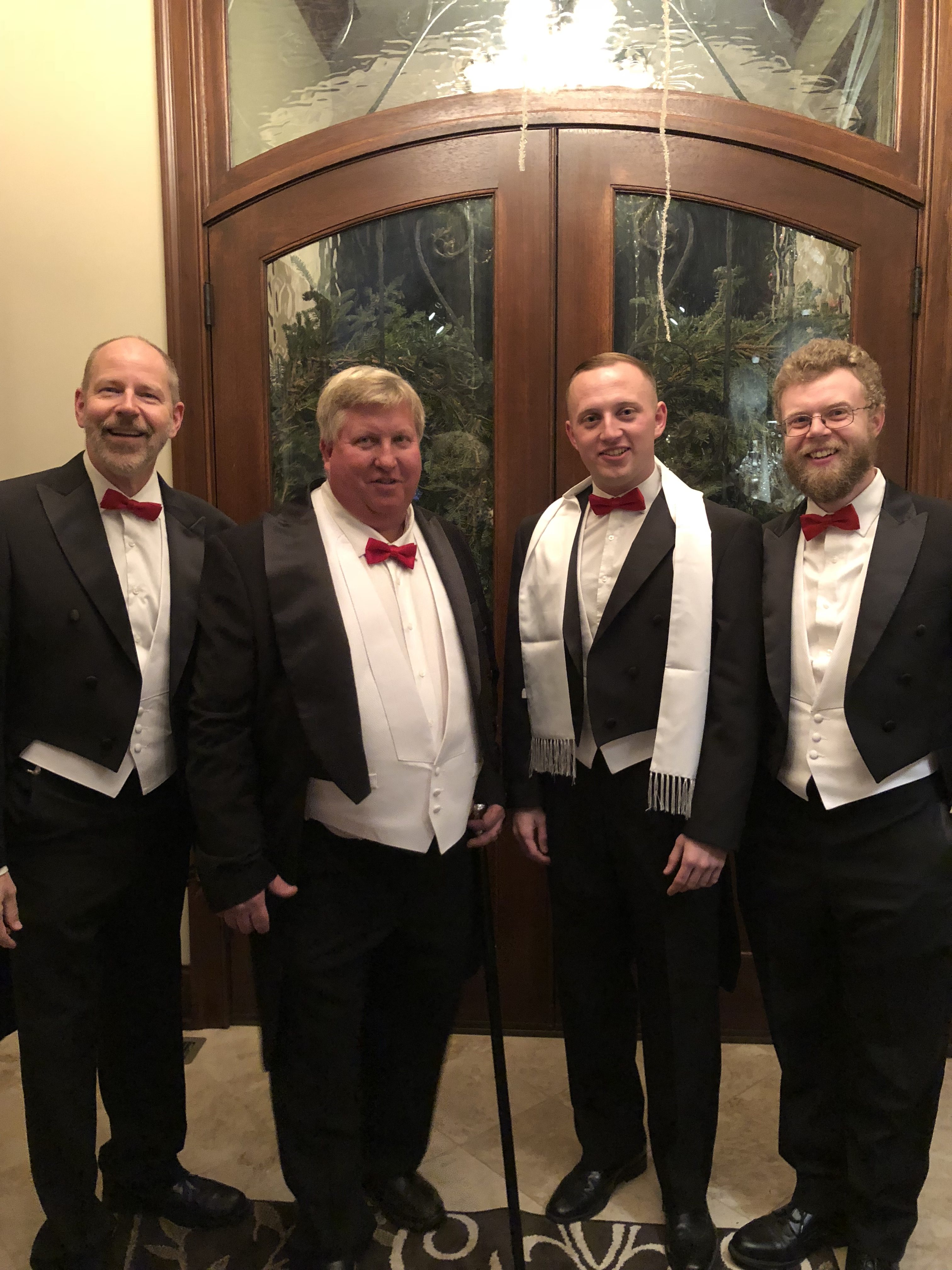 Everyone Has a Story: Jacob Travis

The students who attend UMSL Optometry come from many backgrounds. Some students come from a traditional college path, and some come to optometry school from a much different path.  One thing that remains true to all students is that everyone has a story.  Everyone.

Jacob grew up in a small town in mid-Missouri. He stayed close to home, attending Mizzou and coming to UMSL Optometry following graduation in May 2019.  At a young age, he joined his parents, grandma, and his aunt at church where they all sang in the choir.  When he was a senior in high school, he played “Harold Hill” in the musical “The Music Man.”  In an effort to understand the role he was about to play, he traveled to Columbia to check out a real barbershop quartet.  That is when it happened: he fell in love with this type of singing, comradery, and music.

The rest is history

One day he got a call from an older man in his small town asking him if he wanted a ride to rehearsal. So the story goes on:  at the age of 18, he joined the “Booneslick Corn Busters,” a barbershop group in Columbia. He was one of the youngest singers in the group (the average age was about 70).  All through college, he was actively involved in the group, eventually becoming the vice-president of Programs and Music Performance.  Throughout his time with the quartet, they would go around and perform at various events, including birthday and holiday parties.

When he moved to St. Louis for optometry school in August 2019, he knew he wanted to be involved in things outside of optometry school.  He wanted to be part of something larger—and on August 29, 2019, he attended his first rehearsal with the Ambassadors of Harmony.    The Ambassadors of Harmony is a large, premier, award-winning a capella chorus made of up over 130 voices.  Its repertoire includes Broadway classics, barbershop, jazz, pop, and a wide selection of holiday favorites. The chorus represents the St. Charles, Missouri, chapter of the Barbershop Harmony Society. The group was founded in 1963 in St. Charles as the Daniel Boone Chorus. AOH earned its fourth gold medal at Barbershop Harmony Society’s July 2016 international contest in Nashville. AOH has sung for audiences across the United States and internationally.

The audition process is intense.  Several auditions later, he became an official member on October 11, 2019. Jacob could say that he was a member of the Ambassadors of Harmony, but he could not sing with the group until he did more auditions that focused on visual and musical performance.  Two months later, he was welcomed into the chorus as a full member.  The idea of an a capella group is to achieve pure voice harmony without the need for musical instruments.

Jacob joined the AOH because he wanted to connect with the local community and do something he loves—singing. Similar to his class at the College of Optometry, Jacob feels like he is part of a larger family with the AOH group.  They are very welcoming and inviting towards one another.  Most of the men who are performing have no professional training, but when you hear them sing you would not necessarily believe they were not professionals.  He remains one of the younger members of the group and credits the success to the outstanding director Dr. Jim Henry (who also teaches at UMSL).  Every Thursday night Jacob drives from campus to Blanchette Park in St. Charles, where he joins the group for rehearsal from 7pm to 1030pm.  He said he would not change a thing.  It is a good time, lots of fun, hard work, but when you have a love for something, you do not look at the other aspects of things—just the love for singing.

Jacob’s first big performance with the Ambassadors of Harmony will be this week (December 13 through 15, 2019) at the Touhill Performing Arts Center on the UMSL Campus.  They will be performing Sounds of the Season, an annual event at the Touhill.  Tickets are still available at the Touhill Box Office or via the web at https://www.touhill.org/

After this weekend’s performance, he and the group will be preparing to head to the World Choir Games in Belgium this coming summer, where he will join 20,000 other a capella singers.

0 comments on “Everyone Has a Story; Music and Optometry”

This site uses Akismet to reduce spam. Learn how your comment data is processed.

Why I Chose UMSL Optometry